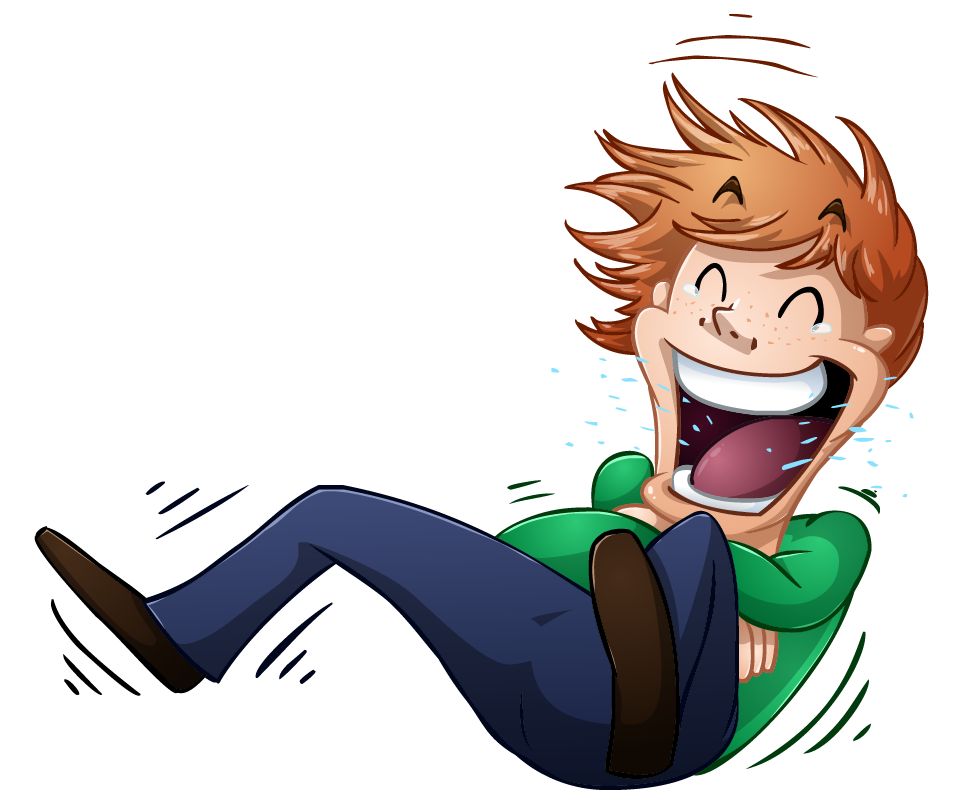 PJ celebrated his tenth birthday at The Ming Palace. It was his favorite Chinese restaurant. With him were his mom, his two annoying four-year-old twin sisters—Shelly and Kelly— and his dad, Principal Downing. The kids at school called his dad Frowning Downing because he never cracked a smile.

PJ and his dad each grabbed one, broke it open, and took a bite.

“From the unexpected comes the answer,” PJ’s cookie said.  He shrugged. Not too special or too fun.

Mom began to sing, "Happy Birthday to you!" Shelly and Kelly joined in.

But PJ couldn't believe when his dad, Frowning Downing, chimed in with the last line, "You look like a monkey and you smell like one too!"

The singing stopped. All their eyes opened wide. Dad swallowed the rest of his cookie and promptly fell off his chair. Laughing, he rolled on the floor.

Mom grabbed his arm. "Daniel, are you okay?"

He squiggled and giggled. PJ grabbed his other arm, but his dad just exploded with more laughter.

Mom felt his forehead. “Are you feeling well?”

"Ha! Ha!” Dad gasped. “I feel like a piece of bubblegum somebody stepped on. I’m stuck. Stuck laughing!"

Dad tried to gulp some water between laughs. Instead he drenched PJ with a mouthful of spray.

“Watch out, will you!” said PJ. While he tried to wipe his dripping face, Dad pushed his crumpled fortune toward PJ.

"Your life will be filled with unending laughter," PJ read.

It couldn't be possible! Had his dad developed some strange reaction that affected him when he ate a fortune cookie? Like PJ’s friend, Lorenzo, whose lips swelled up when he ate peanuts. Could his dad not stop laughing?

Mom’s voice quivered as she called out, “Check please!"

“Hey!” Dad yanked on PJ’s arm. “Do you know what color a burp is? BURPLE!”  Dad hooted like a hyena on happy gas.

PJ slumped, barely showing his head above the table. Everyone in the restaurant was staring.

Mom quickly paid the bill, and both of them scooted his delirious dad out the door. By the time they returned home, Dad had worn himself out. Still chuckling, he fell asleep on the living room sofa.

What would happen when Dad went to school tomorrow? How could his dad handle the students at Conway Elementary School if he couldn't even stop himself from laughing?

While Mom put the twins to bed, PJ sat at his desk brainstorming ideas. He had to solve this problem fast—before Dad embarrassed him for all eternity.

PJ needed to remove the fortune cookie from his dad. But it seemed too late for that. After all, his dad had already eaten the whole cookie. How could PJ take it away?

Of course! PJ sprang from the chair. He didn’t need to take the cookie away. He needed to add a different fortune cookie to solve the problem.

He ran to the pantry and yanked open the door. He pulled out half-empty bags of chips, stale bread, and unopened cereal boxes. He pushed past soup can towers and a spinning rack of spices. The key ingredient for his plan had to be here. Or his dad would become Clowning Downing, and PJ would spend the rest of his life hiding out in his school locker.

“Yes!” PJ cried. In the very back, he hit the jackpot! An open box of fortune cookies.

PJ’s stomach turned a flip-flop. Only one cookie left. He carefully pulled out the paper fortune and wiggled in the new one he’d written. PJ would have only one chance in the morning to test his plan.